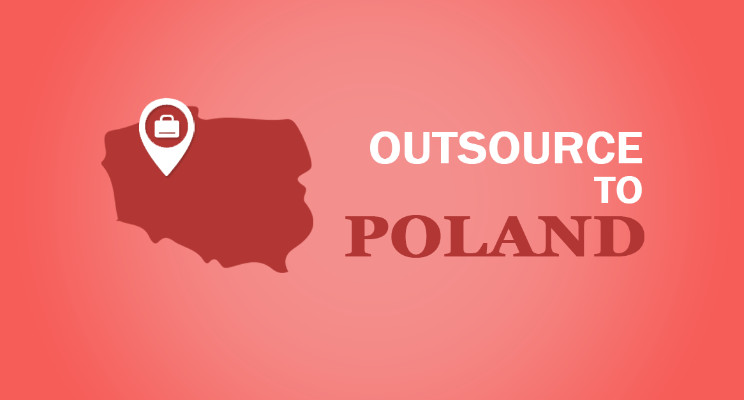 Why Poland is one of the best places to outsource developers

Finding quality professionals in some of the most advanced countries isn’t easy and that pleasure comes at a price. This is the reason why outsourcing of software development is growing and will continue to do so.

Poland is currently ranked 3rd in terms of coding skills and took top honours globally for Java development skills, not to mention being ranked in the top five for popular programming languages like Python, Shell and Ruby.

According to the A.T. Kearney’s Global Services Location Index from 2018, outsourcing to Poland is a common choice - Poland is one of a top 10 outsourcing destinations. Polish start-up scene is growing more and more. As a result, more and more people are interested in new technologies and choose IT studies, leading to the increase in the number of talented developers available for hire. It is no surprise that many companies outsource their web app development to software houses in Poland.

Poland remains the most attractive IT market in Central and Eastern Europe having recently become an economic superstar in the Central Europe. Still not convinced, please see the following reasons below...

It is no surprise that every company, no matter if it is a start-up or a big business, is looking for a high-quality software development firm to work with that will not break the bank. While professional software development is never cheap (even if outsourcing), Polish development teams have a lot to offer. It is because of the lowest labour costs within in the European Union. According to the Association of Business Service Leaders (ABSL), you can find and hire highly experienced Polish developers for under €2.000 a month. As you can see, a world-class and experienced dev can be hired for $30.000 - $40.000 a year. Try doing it in Berlin or London, not to mention Silicon Valley, where you have to pay about $100.000 a year. Multiply it by 20 or 30 developers, and big money comes to play.

One of the largest advantages of outsourcing a development process to Poland is the fact that there's nearly no cultural gap. English is a standard in Polish schools, so most programmers usually speak English very well. Polish people tend to watch more American and English TV series than Polish ones, so western culture at fingertips. It is a powerful mix; no surprise that Silicon Valley reaches to Poland when it needs brainy developers.

OK, you are right, you can outsource even cheaper to India or China. However, those who have already tried to do it would probably claim that the culture differences are much bigger than in Poland and quite often they negatively affect effective product management and code delivery.

As mentioned before, Poland is still considered as an emerging market. It was not until the fall of the Soviet Union that Poland have opened up to the (also tech) world. However, it does not mean that we are green newbies! Polish software houses give their dev teams a chance to work with some of the world's best IT companies, and in multicultural environments (according to ABSL 66% of people working in large IT services companies are employed by foreign enterprises).

Moreover, Poland is currently ranked 4th in the world in the Top Coder ranking (the only country in top five that uses the Latin alphabet!), and Polish developers regularly take high positions in international coding competitions. It speaks for itself.

70.6K is the number of IT students in the academic year 2013/2018 according to GUS (Central Statistical Office in Poland). Polish tech universities graduate over 15.000 new specialists annually. These statistics prove that Poland can be called next software development hub that is at the top of cutting-edge technologies. Also, Poland is becoming an increasingly popular study destination, with more than 46.000 international students choosing Poland in 2018/2019. Top-notch Polish universities attract talented young people from all over the world because of their excellent reputation and low-cost of living in the country. In essence, the talent pool in Poland is one of the reasons why companies and start-ups decide to outsource their development to our country.

One of the main reasons Poland has become an IT hub and outsourcing destination has to do with its location. Poland's strategic position is advantageous; it allows both clients and developers find solutions in a quite short time.

Outsourcing to Poland from Ireland means practically no time zone differences because it is just one hour. So, when it comes to nearshoring, all works can be organised in the same way, which streamlines the development process.

The closer location and overlapping work times the better communication. It means less frustration, quick respond and speeding up of a development process.